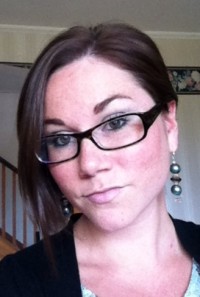 Catherine “Cat” holds a Bachelor’s of Arts Degree (Honours Developmental Psychology) from the University of Windsor where she also worked as a research assistant for 3 years conducting experimental research to test hypotheses concerning body image disturbance and eating behaviour. After graduating from the University of Windsor, Cat held several reputable positions working in the mental health field in Ontario, including working as a Children’s Services Worker for the Durham Children’s Aid Society. Cat’s undergraduate research experience and professional work with vulnerable youth and families are what confirmed her decision to pursue her graduate studies in Clinical Psychology.

Cat was a graduate student in the Clinical Psychology Program at UNB under the supervision of Dr. Scott Ronis. While she was a student, Cat’s research and clinical interests were in the area of family psychology. Specifically, she worked on research in the areas of family assessment, investigating the use of family-based measures among mental health practitioners who work with youth and/or families. During her time at UNB, Cat worked on a program evaluation of assessment training for child and family mental health practitioners in Canada.

McKeown, C. (2012) Family Assessment: Use of Family-Based Measures in Clinical Practice with Youth and Families. Poster presentation at Society for Research on Adolescence, Vancouver, British Columbia.

McKeown, C., Atkinson, E. A., & Ronis, S. T. (2011, March). Moving on up: To whom do students turn for post-secondary information? Poster session presented at the meeting of the Society for Research in Child Development, Montréal, Quebec.