First Time Having Sex: Why It's Not What We Expect, and Why That Matters

If you think back to the first time you had sex, you might remember that it was not exactly what you had expected. Perhaps the duration, whether short or long, surprised you; perhaps it did not feel as good as you thought it would; perhaps you did not really want to have sex at all and you did anyway. If any of this rings a bell, you are far from being alone. Research has shown that youth approach their first time having sex with expectations that are seldom met. Sexually inexperienced youth tend to expect that their first time having sex will be a memorable, life-altering experience that willinvolve romance, pleasure, communication with their partner, and safe sex practices. In reality, however, many report that their first time having sex was less pleasurable,more painful, more casual, and involved less communication and sexual protection than they had expected. 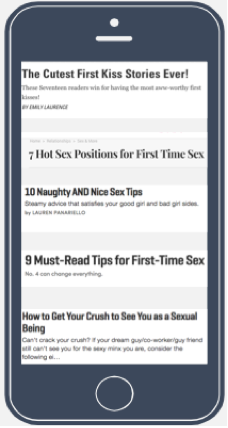 In the interviews that I analyzed for my Honour’s thesis, young adults speaking about their earliest sexual experiences indicated that the presence or absence of discrepancy between expected and actual first sexual intercourse influenced how they approached sexual experiences later in their lives. Participants whose expectations had been met sought out similar experiences afterward. Those whose expectations had not been met (the majority of the sample) either sought out different sexual experiences or decided to avoid subsequent sexual experiences altogether. The small number of participants who were still avoiding sexual or romantic relationships at the time of the interview reported experiencing negative emotions such as fear, sadness, loneliness, and resignation. This suggests that differences between expected and actual first intercourse experiences can impact young people’s future well being.

To understand why young people’s expectations of first intercourse are often lofty or downright unrealistic, we have to look at the world that surrounds them. In general, people form expectations of social encounters (including sexual ones) by using memories of past similar experiences as well as by watching others. Sexually inexperienced youth, however, cannot rely on memories of past sexual experiences, simply because they have not had any yet. They are therefore completely reliant on outside sources of information for guidance. According to research, such sources include television, pornography, magazines, peers, and family members. Unfortunately, some of those sources are not always very good at conveying accurate and realistic information about first intercourse (or sex in general) to inexperienced young people. On television, for example, sex is usually shown as spontaneous, passionate, and overwhelmingly pleasurable, with oohhh’s and aahhh’s, heavy breathing, and cries of ecstasy. It is not surprising that youths’ expectations of first intercourse are so high! Because peers have a huge influence on each other, it is important for friends to be open with each other about their uncertainties and to not pressure each other to do more than they are comfortable. In addition, it is crucial for parents and educators to have honest conversations with youth about sex well before first intercourse. Although it is impossible to completely shield children and adolescents from unrealistic media portrayals of sexual experiences, efforts to correct misconceptions through open communication could go a long way.