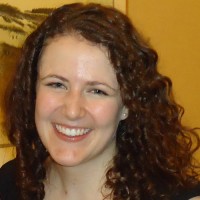 Kathryn holds a Bachelor of Business Administration degree (Honours, Human Resource Management) and a Bachelor of Arts degree (Honours, Psychology) both from the University of New Brunswick (UNB). Kathryn also has several years of employment experience, having worked as a Business Development Assistant for an e-learning company, and as an Office Manager for a provincial sporting organization.

During her undergraduate Psychology degree, Kathryn first became involved in the Youth and Family Research Laboratory as part of an undergraduate course (Basic Research Seminar), in which she worked under the supervision of Dr. Ronis. Following the completion of this course, Kathryn remained actively involved in the lab, working as a Research Assistant for several projects. During this time, one study in particular captured Kathryn’s interest: the Family Interaction Study, a study that examines family relations from multiple perspectives. It was Kathryn’s involvement in this study that lead her to the decision of pursuing graduate studies in Clinical Psychology.

Kathryn is in her second year of the Clinical Psychology Ph.D. program at UNB and her current research focuses on the complexities of family conflict and its association with adolescent development. Her other areas of research interest include family observational methodology and family and relationship patterns of inter-provincial employees, in which one family member is required to work or go away for work for either short or long periods of time.

2014-2015    Magee Fellowships in the Humanities and Social Sciences